It is September soon. After your deserved summer holiday, it's time to enrol on a language course.
You can register for a course online: Register
If you are curious about the level of your current knowledge, fill in our online Placement test.

One of our teachers has also tried himself as a film director recently. Read his article about the background of his latest film!


Me and my indie filmmaker group, Syntax Films Entertainment, have been making no-budget movies since 2008. I took the inspiration for Coffee Break from Richard Linklater’s Before Sunset, which is one of my all time favourites. My story is about a man and a woman who haven’t met for a long time and one day they meet by accident. They decide to take a walk and as they are talking the past is revealed and the future is changing moment by moment. I wanted to make a realistic, simple and loveable movie which is driven by dialogue. 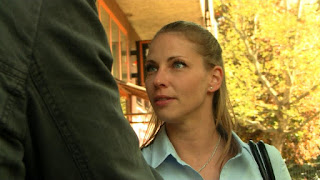 In September, 2010, I started to write the script and finished it within a month. Pre-production took almost half a year. First, Gabriella Szaksz joined the cast then we found Gergely Boronyák. They were both very enthusiastic because they liked the script after first reading.  After looking for locations in Dunaújváros, we started shooting in April, 2011. It took 3 days to shoot and one more day for dubbing.  Post-production (editing, scoring music, cover design) ended in June, 2011. 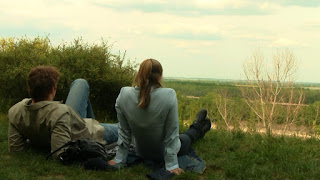 The movie made its debut at the I. Dunaújvárosi Amatőrfilmes Fesztivál (1st Amateur Film Festival of Dunaujvaros) and was voted as Best Picture by the audience.
You can watch the film here:
Coffee Break on YouTube
and give your feedback:
Imdb site
Posted by amazenglish team at 4:27:00 pm No comments: