Fun-sized treats have their place, but why not go beyond the candy corn this year with a sweet or savory recipe that won't scare you away? 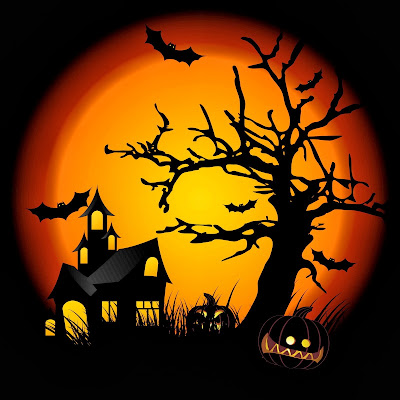 These toothsome treats are a fun and healthy break from Halloween sweets. 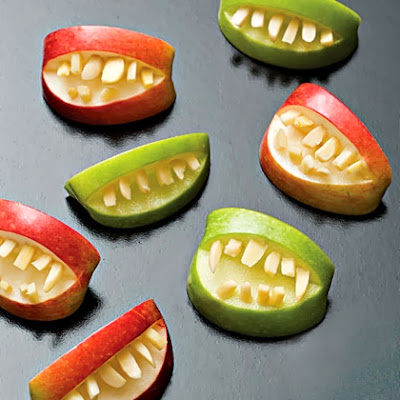 (If you're not going to serve them right away, baste the apples with orange juice to keep them from browning.)


1.  Just quarter and core an apple, cut a wedge from the skin side of each quarter, then press slivered almonds in place for teeth.

Disguises aren't just for Halloween. Surprise your family with these dressed-up, spooky-looking snacks any time of year. 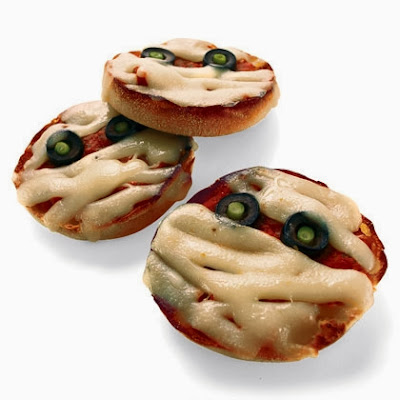 1. Heat the oven to 180º C. For each mummy, spread a tablespoon of pizza sauce onto half of an English muffin (toast it first, if you like). Set olive slices in place for eyes and add round slices of green onion or bits of red or green pepper for pupils.

2. Lay strips of cheese across the muffin for the mummy's wrappings.

3. Bake for about 10 minutes or until the cheese is melted and the muffin is toasty. 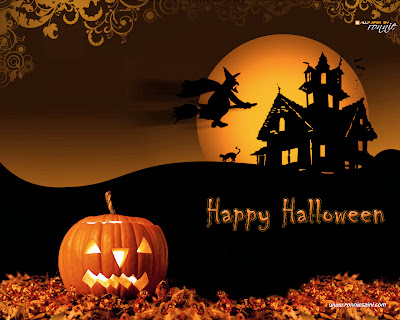 Wirksworth is one of the oldest towns of the Peak District (Derbyshire, England), and is still one with a great character. 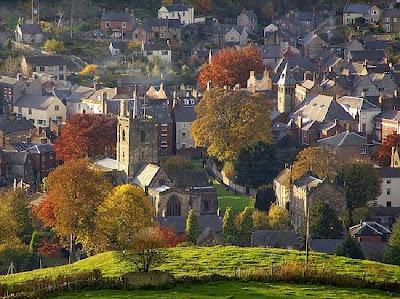 Centred around its marketplace, where markets have been held since Edward I granted the right in 1306, it has many fine old buildings with picturesque alleys and craftsmen's yards. The reason for the splendour of many of the buildings is Wirksworth's historical trade - it was the southern centre of the Derbyshire lead industry and the Soke and Wapentake of Wirksworth, as it was called, was one of the most productive mining areas. 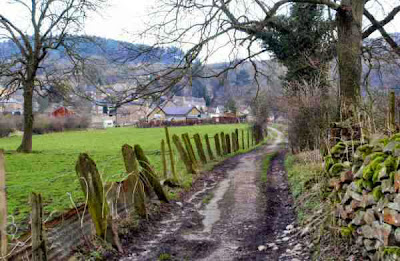 The town prospered through Mediaeval times, giving rise to a fine 13th century church which replaced a Norman one which in turn had replaced a Saxon church. 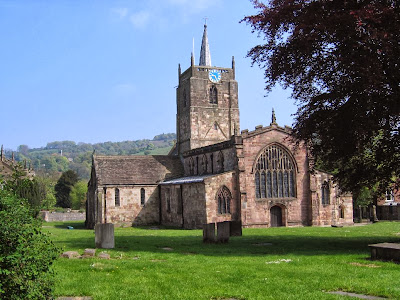 The town was for many years under the influence of the Gell family who were lords of the manor and based at nearby Hopton Hall. Sir Anthony Gell founded the local school in 1546 and Sir John Gell was a Parliamentary general in the Civil War.

The town is now a small bustling local centre whose main industry is limestone quarrying. It has a range of small shops and as many pubs as you would expect in an old market town, of which the Hope and Anchor, the Red Lion and the Black's Head are the most notable. 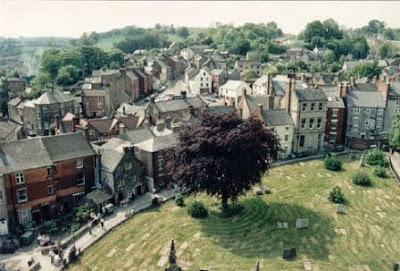 The town has a welldressing in Whit week, and every September there occurs the unusual ceremony of 'Clypping', in which the church is encircled by the congregation holding hands around it. 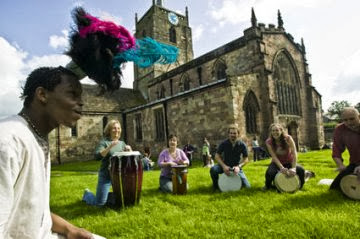 Wirksworth has also recently developed an excellent Arts Festival, which happens over a weekend in September. The Festival includes all forms of Art, with the market Square the centre for music, dance and street acts while many of the houses around the village play hosts to many different forms of artistic expression.
Posted by amazenglish team at 7:34:00 am No comments: